Comments Off on Stop by Ethique Nouveau! February 22nd, 2012 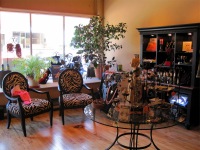 We hope you’ll stop by and check out ARC’s Ethique Nouveau boutique at 317 W 48th St in Minneapolis, and do a little shopping to help the animals, as all store proceeds support our animal advocacy programs.

Ethique Nouveau is all about compassion and kindness towards animals. We carry lots of animal-friendly items – and many product lines you won’t find anywhere else in the Twin Cities – all vegan (free of animal products / not tested on animals) and kind to both humans and animals.
END_OF_DOCUMENT_TOKEN_TO_BE_REPLACED

Protect Your Companion Animal from Being Used as a Research Tool

Comments Off on Protect Your Companion Animal from Being Used as a Research Tool February 22nd, 2012

Minnesota’s pound seizure law requires that publicly funded pounds and shelters turn over unclaimed animals for experimentation after a five-day holding period if requested by a research facility. MN Statute 35.71 states “However, if a tag affixed to the animal or a statement by the animal’s owner after the animal’s seizure specifies that the animal may not be used for research, the animal must not be made available to any institution…” Stop by ARC today and purchase a tag so your companion animal is protected should he or she ever be lost.

Comments Off on Challenging the Myth of Humane Animal Products February 22nd, 2012

As the media pay increased attention to the abuses occurring at large-scale animal farming operations, consumers are seeking alternatives. Labels such as “Cage Free,” “Free Range,” “Humanely Certified,” and “Grass Fed” suggest that those willing to pay a higher price can enjoy eggs, dairy, and meat from small-scale “humane” farms that treat animals with compassion and respect. But is the public being misled?
END_OF_DOCUMENT_TOKEN_TO_BE_REPLACED

Comments Off on Direct Care is Direct Action! February 22nd, 2012

As interest in “urban farming” spreads, many cities are considering letting residents keep chickens. This presents challenges regarding the quality of their care and will likely lead to a huge increase in abandoned birds. Minneapolis currently tolerates wanton breeding, swapping, and backyard slaughter, all of which are being actively promoted by local urban farming enthusiasts. ARC and Chicken Run Rescue encourage you to take an active role in advocating for chickens and other domestic fowl as this trend continues (view the CRR brochure for more information).
END_OF_DOCUMENT_TOKEN_TO_BE_REPLACED 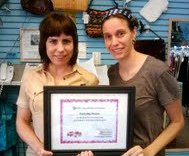 Everyday People Clothing Exchange, the Cities’ hippest stores for vintage and second-hand clothes, has pledged not to buy or sell fur or fur-trimmed items at any of its three locations. Owners and sisters Kitty and Liza didn’t hesitate to make the commitment since they had always been apprehensive about dealing with fur items in the past. As Kitty explains: “We’re both huge animal people, we don’t eat meat, so it made sense for our business.”
END_OF_DOCUMENT_TOKEN_TO_BE_REPLACED

What’s Your Skin Worth?

Thanks to all the volunteers who helped make the Twin Cities premiere of Skin Trade, the most provocative documentary about fur production to date, at the Ritz Theater such an incredible success. And many thanks to the film’s director Shannon Keith, for hosting a fascinating Q&A session after the film.

Thank to our sponsors for their support of this important event with their donations of silent auction items and items for the goodie bags: Everyday People, Fabulous Furs (the world’s finest faux fur), LUSH, Vaute Couture, VegNews, Lantern Books, and Perseus Books.

World Laboratory Animal Liberation Week Demonstration at U of M

Comments Off on World Laboratory Animal Liberation Week Demonstration at U of M February 21st, 2012

Over 20 million animals suffer in U.S. laboratories every year. These innocent victims are subjected to addictive drugs, caustic chemicals, ionizing radiation, chemical and biological weapons, electric shock, deprivation of food and water, psychological torture, and many other horrors. World Laboratory Animal Liberation Week is the time when activists come together to make a difference for these animals.
END_OF_DOCUMENT_TOKEN_TO_BE_REPLACED

Not Every Cat has Nine Lives at AHS

Comments Off on Not Every Cat has Nine Lives at AHS February 21st, 2012

The Animal Humane Society’s five area shelters provide impound services for over 20 cities in and around the metro area, including Afton, Minnesota. In September 2009, a group of Afton residents asked their City Council to review the animal control arrangement between Afton and AHS. This request arose from the discovery that in May 2009, seven cats were caught in live traps, taken to the AHS shelter in Woodbury, and euthanized the same day. By doing so, AHS failed to honor the five-day waiting period as required by Minnesota law. After looking into the matter, the Afton City Council voted unanimously to terminate its impound contract with AHS.
END_OF_DOCUMENT_TOKEN_TO_BE_REPLACED