Comments Off on A Bittersweet Update December 30th, 2021 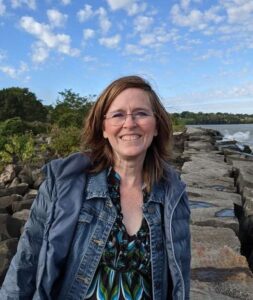 As we come to the close of another productive year for ARC, we have bittersweet news to share with our supporters: Our effervescent and intrepid Campaign Manager, Ashley Riddle, will be leaving her position as of December 24th. Ashley’s passion for animal rights activism has served ARC well over the last four years. From her tireless work on our Go Humane, Blaine puppy mill campaign to initiating and developing ARC’s newest campaign against animal abuse at the Minnesota State Fair to everything in between, Ashley has been commendably representing ARC at the forefront of the most pressing animal issues in Minnesota. We are very sad to say farewell to this fierce animal activist, but fear not! Ashley will still be doing online workshops and volunteering for ARC as often as possible.

Now the sweet: We have hired Amy Leinen as ARC’s new Campaign Manager! Many of you in the animal rights community already know Amy but for those who don’t, Amy has been an active volunteer with ARC for almost 10 years. She is currently an ARC vegan mentor and one of our dine-out leaders, and she volunteers regularly for Pay Per View and various ARC special events. Outside of ARC, Amy volunteers for several local sanctuaries, runs the Chicken Rescuers in Minnesota Facebook group, and runs a small chicken microsanctuary. Amy has leadership experience as the previous president of the Minnesota Homeschooler’s Alliance and the coordinator for their annual conference. Like Ashley, Amy is well known and well liked in our local community. We’re excited to have someone with such relevant experience and networking skills on board.

Au revoir, Ashley; we love you and miss you already! And welcome, Amy! Great to have you on the ARC team!