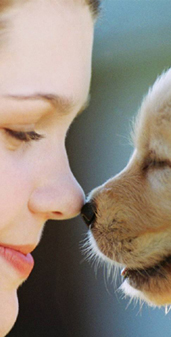 Most Minnesotans don’t know that under a 1949 law, any animal in a publicly funded shelter for more than five days can be claimed by a laboratory for experimentation. This practice is known as pound seizure, and it’s Minnesota’s dirty little secret. Only two states, Minnesota and Oklahoma, still have laws requiring publicly funded pounds and shelters to turn over animals for experimentation (Utah eliminated mandatory pound seizure in 2010).

It is a betrayal of public trust if an animal shelter sells a stray or abused cat or dog to research. The National Animal Control Association (NACA) opposes pound seizure because such laws “hinder the efforts of progressive animal shelters to promote animal welfare in a collective atmosphere of public trust.”

Bills banning pound seizure were introduced in both the Minnesota House and Senate this year. While they did not pass, they received a remendous amount of support and the outlook is good for next session. Tell your family, friends, and co-workers about the pound seizure law; most Minnesotans aren’t aware the law exists and are horrified to find out about it. Print copies of our pound seizure brochure and distribute the brochure at dog parks, at work, in your neighborhood, and to your family and friends.