Updated on Justice for Marcus 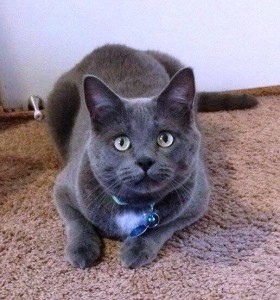 Many of you may remember our petition “Justice for Marcus” that collected over 33,000 signatures, and asked the prosecutor and judge to prosecute the cat’s abuser, Taylor Winum, to the fullest extent of the law .

Monday 3/19 was the sentencing for Winum, who came to court with alcohol and cocaine in his system according to his urinalysis. We sat through the painful surveillance video from the apartment complex where the horrific incident took place. After this, Marcus’ heartbroken guardian stood in front of the courtroom to explain how this tragedy has affected her, and what she would like to see done as a result.

Winum was sentenced to 120 days in jail, anger management classes, random drug testing, active mental health treatment, not allowed to own a pet/service animal or have unsupervised contact with an animal, and three years probation.

While Winum did not get the full sentence allowed by law, we are pleased that this case was taken seriously by the court. Read Marcus’ guardian’s moving statement.

This is the hardest thing I’ve ever had to write in my entire life. One outcome I hope results from today’s hearing is that animal cruelty is not taken lightly, that there are consequences for such malicious actions, and that Taylor Winum will not just get away with this. I hope justice will be served for Marcus, my cat. I want to explain what happened to Marcus – what Taylor did to him while I was sleeping – and what happened to me.

Taylor came and laid next to me in bed after he violently beat Marcus.  When I woke up, I found Marcus underneath the couch in a pool of his own blood. Taylor lied to me and said Marcus had jumped off the balcony and when he went down to “rescue” him, Marcus was fighting back, so he brought him inside and let him be.  He came to the animal emergency clinic with me and comforted me when I had to make the heartbreaking decision to put Marcus to sleep. This was a lie Taylor told me for the next 2 months.

The violence and injuries that Marcus endured at the hands of Taylor were the same hands that held me as I cried for days at the loss of Marcus. What sickens and hurts me the most is the extreme fear that Marcus must have felt and the repeated violence and pain he endured as he kept trying to run for his life and avoid the terror.  Marcus was the sweetest boy in the world. He was my little rescue angel. He always talked to me and asked how my day was when I got home and then snuggled with me all night. He was never aggressive towards anyone.

Taylor left for New York two days after what he did. He thought he got away with it – he has no conscience and no remorse.

I remember the moment I found out the truth about what Taylor had done to Marcus. The feeling of betrayal and disgust is indescribable. I remember feeling physically ill and sick to my stomach. It was a horrific, monstrous act that I did not think was possible. I had suspicion that he wasn’t telling me the truth, but I never could have imagined what he actually did.

There is a video tape from my apartment complex that showed Taylor carrying Marcus by the throat at the rear entrance, throwing him into the yard area by the head, Marcus trying to escape, then Taylor squeezing his neck and throat with extreme force, and rendering Marcus motionless. It showed Taylor trying to break Marcus’ neck, slamming him to the ground, all the while Marcus was trying to run for his life. The vet report found swelling and evidence of trauma to the head, a broken jaw, palate fracture, bruising, lacerations on his tongue, and many other injuries.

When I adopted Marcus from the humane society, I gave him a second chance at having a better life.. and Taylor Winum took that away from him.

He lied to me. He betrayed me. He completely violated me. The way in which this traumatized me has changed me as a person. After my sadness left me, this unfamiliar anger consumed me. I was numb, anti-social. I was scared to leave my apartment because I didn’t know what other kinds of horrific cruel people hid out in the world, behind faces that tell you they love you and would never do anything to hurt you. I lost who I was. I lost my job. I lost faith in people. I struggled to find a purpose for a while. I am still not fully recovered and I don’t think I ever will be.

My request of this court is to sentence Taylor Winum to the maximum penalty allowable by law – jail time of two years for the torture and murder of my cat, Marcus. This is also the request of over 33,000 people who signed a petition – which has been sent to you – asking that Taylor be prosecuted to the fullest extent of the law. I believe anything less than the two years would be an injustice and would send a message to Taylor that he got away with this. I also ask that he not be able to have any contact with any pets for a long, long time, and that he continue to receive psychological and behavioral counseling.  Another important thing is that this court require periodic visits by law enforcement to be sure he doesn’t have any animals in his possession.

This was not a drunken slip up or a lapse of judgement. This was an intentional, long drawn out, malicious act of violence that needs to be punished properly.