Our Mission and Core Values

The Animal Rights Coalition works to end the suffering, abuse, and exploitation of non-human animals through information, education, and advocacy. We believe that animals matter for their own reasons and that they should not be used by human beings for profit, pleasure, amusement, or simply because it is our habit to do so.

We seek to abolish the use and exploitation of animals for human interests, rather than simply improving the conditions under which animals are used and exploited. We believe that animals are morally entitled to pursue their lives free of human violence according to the needs of their species and should be free from coerced physical and psychological suffering.

The Animal Rights Coalition is the oldest and most successful animal rights organization in Minnesota, with over three decades of helping animals. ARC's membership has grown significantly over the years and it is a locally and nationally recognized voice for animal rights.

We focus on spreading the word about compassionate living and believe that positive change comes about from connection, communication, and education. We advance our goals through community outreach, strategic campaigns and investigations, media outreach, and person-to-person contact, as we strive to fundamentally change how society views and treats all sentient beings. From helping people transition to a plant-based diet to publicizing the abuse of animals in laboratories to educating the public about the exploitation of animals used in entertainment, ARC’s unique and innovative education and outreach programs reach thousands of people every year.

What makes ARC so unique is that instead of expecting people to make far reaching changes in their lives based on a one-time message, we work to connect with people on a deeper level. We create lots of opportunities for people to not only learn about animal issues, but also find support and community as they process these new revelations about how animals are treated in our world. We want to remove as many barriers as we can to people making ethical choices for animals. It’s vital that we help people with the “how” once they believe in the “why” and that’s exactly what ARC does.

While the Animal Rights Coalition will always maintain our specific focus on ending nonhuman animal abuse, we are aware of the intersecting nature of oppression; put simply, this means the mindsets of superiority and dominance leading to poor treatment of human people also underlies animal mistreatment and exploitation. Thus, as an organization that fights for freedom from oppression, we find it appropriate to support other social justice movements that challenge domination in all its differing manifestations.

The Animal Rights Coalition also makes a commitment to reduce our environmental impact. Human activities often have harmful effects on ecological systems, the climate, and the ecosystems where other-than-human animals live. Recognizing this, we are committed to reducing our environmental footprint and promoting environmental stewardship through our organization.

ARC Board and Staff 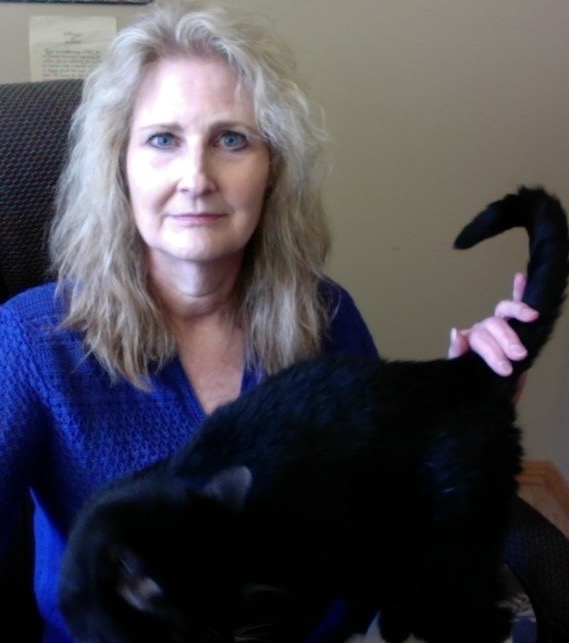 Heidi Greger is ARC's Program Manager. As such, she supervises ARC's campaigns and programs, including ARC's vegan boutique, Ethique Nouveau. Heidi has been with ARC since 1990, serving in many volunteer positions (including president, vice president, and treasurer) for over 25 years until becoming a staff member in 2017.

Heidi holds a doctorate from Purdue University in sociology with a specialization in health and medicine. Her primary interest is animals used in medical research experiments, but she has also worked on campaigns against animal ag, pound seizure, and dissection, among others.

In January 1988, Heidi went vegetarian when she stumbled upon a quote asking why we think of some animals as "pets" and others "food." Later, in 1992 at an animal rights conference in Madison, WI, she went vegan after watching a film about what happens to male baby chicks in the animal ag industry.

Kelsey Hambor is the Outreach Manager for ARC. You'll see Kelsey at various outreach events and around the office.

Kelsey has a Bachelor of Science in Public Health and Health Psychology and was inspired to work for animal rights and become vegan by a friend and a speaker in one of her classes who explained the impact that animal agriculture has on our planet's water supply.

Kelsey enjoys trying new vegan recipes, going on adventures outside, and educating people about how to live a healthy and compassionate lifestyle. 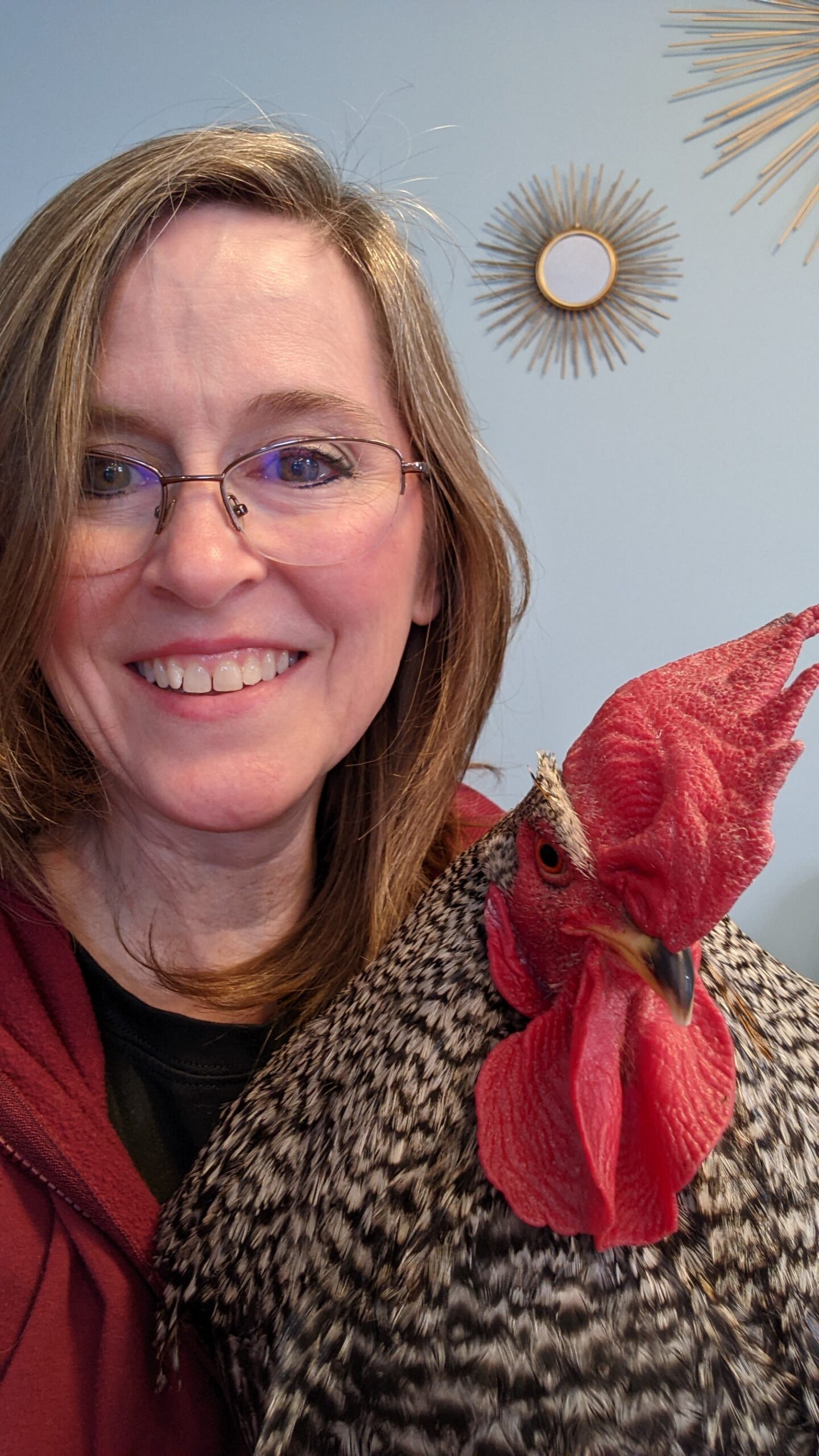 Since then, she has become very active within ARC as a vegan mentor and a dine out leader, in addition to other volunteer opportunities over the years. She is very active within the vegan community at large as she volunteers for several local sanctuaries, runs the Chicken Rescuers in Minnesota FB group and has her own six feathered friends at Chicken Butt Microsanctuary. In addition to the Chicken Butts, she shares her life with vegan spouse, Steve Leinen, four felines, and Anika, a renter/vegan friend

Amy said “ARCs foundation of animal rights and abolition creates activism opportunities for volunteers making them unique as a vegan group in Minnesota. It is vital to support people who want to advocate for the animals by providing opportunities to be a part of this social justice movement. Grateful for the programs and campaigns that were there for me over the years, I’m delighted to now have a chance to create and maintain these amazing resources.”

Shelly adopted a vegetarian diet over 20 years ago and became vegan a few years later after learning the horrors of egg and dairy farms. ARC volunteer experience includes coordinating the VegKins children’s program. “I really appreciated the opportunity VegKins gave us to connect with like-minded families. The ARC programs and volunteers are amazing and make a real difference for animals and for the vegan community.” Shelly lives in Minneapolis with her husband, son, and two neurotic but adorable cats. She also volunteers at her son’s school.

Charlotte is the ARC Executive Board President. Highlights of her time with ARC include working on the campaign that led to the abolition of the University of Minnesota’s live dog lab for first year medical students, ARC’s successful lawsuit against the University of Minnesota for previously denied access to research records, ARC’s successful campaign to persuade the Animal Humane Society to discontinue use of the gas chamber for euthanasia, and working on the campaign that led to a ban on mandatory pound seizure in Minnesota. Charlotte is also a member of the Chicken Run Rescue Advisory Board.

Erin has always lived in the Twin Cities and currently resides in North Minneapolis with her husband and a pair of feisty cats, Simon and Phoebe. She is a lifelong vegetarian and transitioned to veganism about five years ago. Along with being a board member for ARC she also volunteers for the Bitty Kitty Brigade, a neonatal kitten rescue. Erin is the granddaughter of ARC founder, Vonnie Thomasberg and spent time protesting with Vonnie in her youth. Her grandmother continues to be a daily inspiration. Currently Erin is spending her free time “Marie Kondo-ing” her home and passing things on to neighbors, friends, and thrift stores in an effort to live a lighter and brighter life.

Steve is a life-long Minnesota Native who has always lived in St. Paul or its close suburbs. Steve went vegetarian in 2002 when his youngest son, influenced by vegans, asked to go vegetarian. Steve became vegan in 2012 when his wife Amy stated that she needed to be vegan. Steve was introduced to ARC through his wife Amy, who had used the ARC Vegan University program during her transition to veganism. Steve’s passion is promoting veganism and healthy plant-based eating through cooking classes and grocery shopping tours. He loves helping out during ARC social events, such as the waffle party, hot dish cook off, and pot lucks. Steve has been on the boards of several other organizations including Twin Cities Tai Chi Ch’uan and various Masonic Organizations. He and his wife Amy care for their cat, the cats of their children, and two semi-feral cats for Feline Rescue.

Shaun holds a certificate in Plant-Based Nutrition through E-Cornell and is passionate about promoting veganism and finding the most effective ways to reach people. She was predominantly vegetarian for many years and became vegan several years ago after viewing multiple documentaries including Gary Yourofsky’s “The best speech you’ll ever hear.” Because people have differing priorities, Shaun stays informed on various aspects of a vegan diet including its impact on animals, the environment, humans, and health. Shaun also works to make it easier for people to go and stay vegan; she promotes healthy and delicious vegan recipes, stays informed about new vegan food products, and has resources she can refer people to if they need more info on any given topic.

Vonnie was named President Emerita of ARC in 2005 and was a founder and past president of ARC. For over 30 years, Vonnie defended the rights of non-human animals and advised, counseled, and provided effective leadership and inspiration to others in the ongoing effort to liberate all animals.